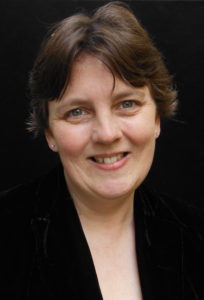 Kitty Korver was born in 1969 in De Bilt, The Netherlands and currently living in Twello. Her training in the art includes, among others, a stay at the Vrije Academie in The Hague.

Since 2010 Kitty Korver makes concave felt wallobjects (with a wooden support- and suspensionsystem”). Her objects often have a graphic character. Before this, she made ceramic objects for years and with both disciplines she exhibited in galleries throughout the Netherlands, Europe and in Australia. A sleek design and unconventional methods connect the two disciplines and periods. The emphasis in ceramics often was on ratio and applied design, now, in the textile the work is enriched with a more personal content.

Common features of the felt objects:

-Unusual techniques in felt have been and are still being developed by her such as relief carved images, carefully arranged woolfluffs and the 3-D application of porcelain elements on the molds obtained tight shell shape.

-The theme of “vulnerability and strength”
The concave shape gives protection and security in this often sensitive content. The felt gives the softness and warmth. The design of the contents of the bowl on the other hand is almost always very strong willed.

-The often graphic and aesthetic character.

-The sound-absorbing quality they have in a space.

-The stiffened shell, made of solid, self-made felt, with wooden beams visible at the back as a starting point.

-The felt objects are all unique. The number in the title of most of the big felt objects does not refer to one or more copies.

Between 2001 and 2008 she was engaged in designing and making ceramics. The most honorable achievement of her ceramics past is winning the NVK- Prize 2007 with the “mini-safe”. From 2017 ceramics (often porcelain) returned into her work as part of her felt objects. 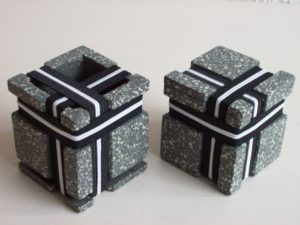